This new testimony is part of Arizona and Montana’s lawsuit against the U.S. Department of Homeland Security (DHS) and ICE that seeks to halt the Interim Guidance that the states contend recklessly and illegally alters immigration enforcement policies. The Court permitted the States to take depositions as part their case over the objections of the federal government.

During his deposition, Albert Carter, who served as the Acting Phoenix Field Office Director for ICE until recently, testified that criminal warrants, at-large arrests, removals, and immigration detainers were “absolutely” important to public safety and reducing these missions will likely harm public safety. 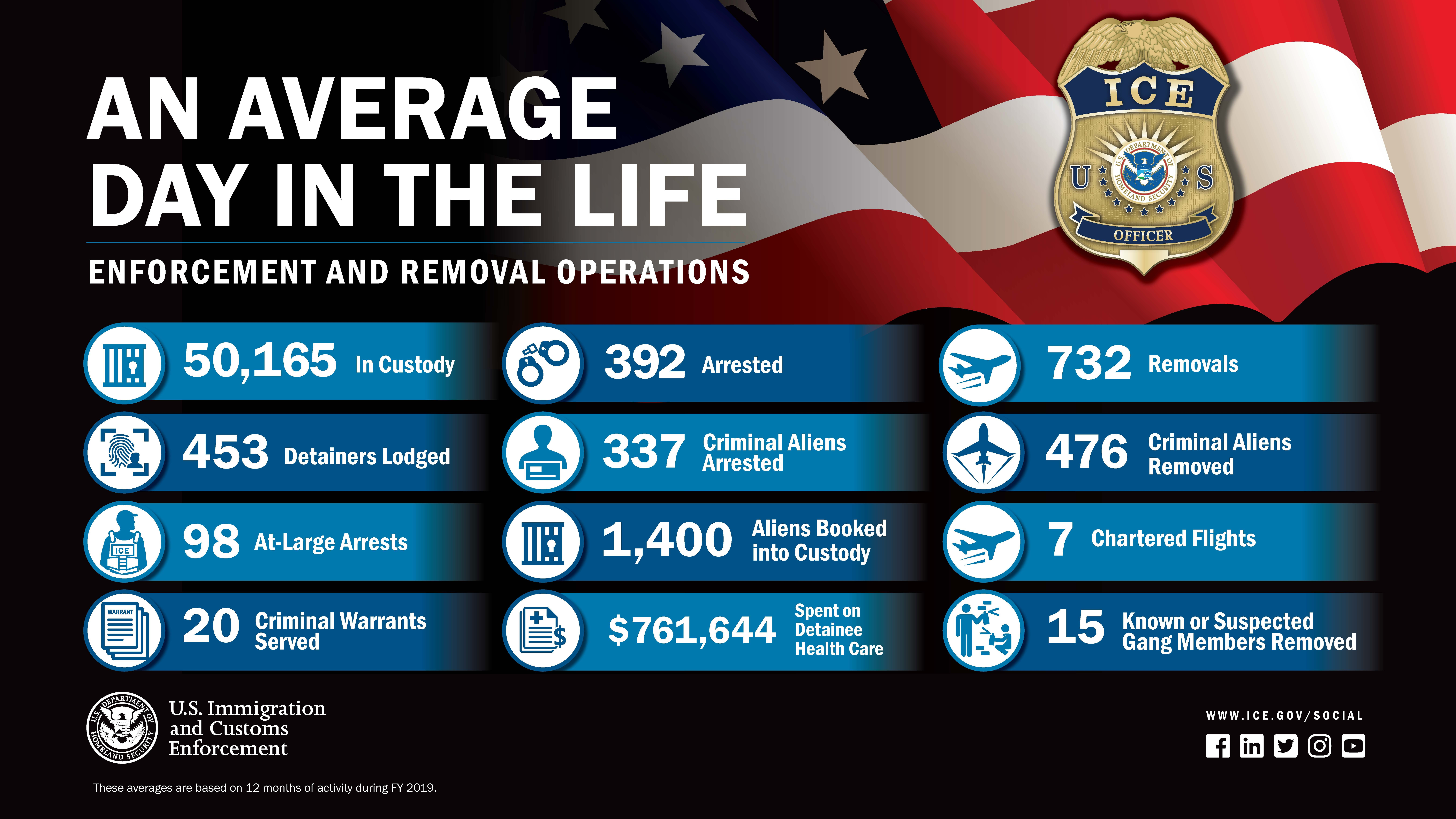 Carter's testimony further corroborates previous revelations that the DHS Interim Guidance had nothing to do with “limited resources.”  Arizona recently discovered evidence suggesting the policy was adopted following intense outside pressure from special interest advocacy groups. Since implementation in February 2021, ICE deportations and interior arrests have been slashed by nearly 50 percent compared to 2020. Additionally, ICE has steeply reduced the number of immigration detainers being issued for individuals in jails and correctional facilities.

ICE detainers are a critical tool for the agency to identify and ultimately remove criminal aliens in federal, state, or local custody. Since the Interim Guidance was adopted, the number of ICE immigration detainers issued nationally fell from 10,000 per month throughout 2020, to 5,000 in February 2021, and less than 2,500 in March and April. As a direct result, federal and state prisons are being forced to release dangerous convicted criminals into local communities, without any warning to the public and at the cost of Arizona taxpayers. 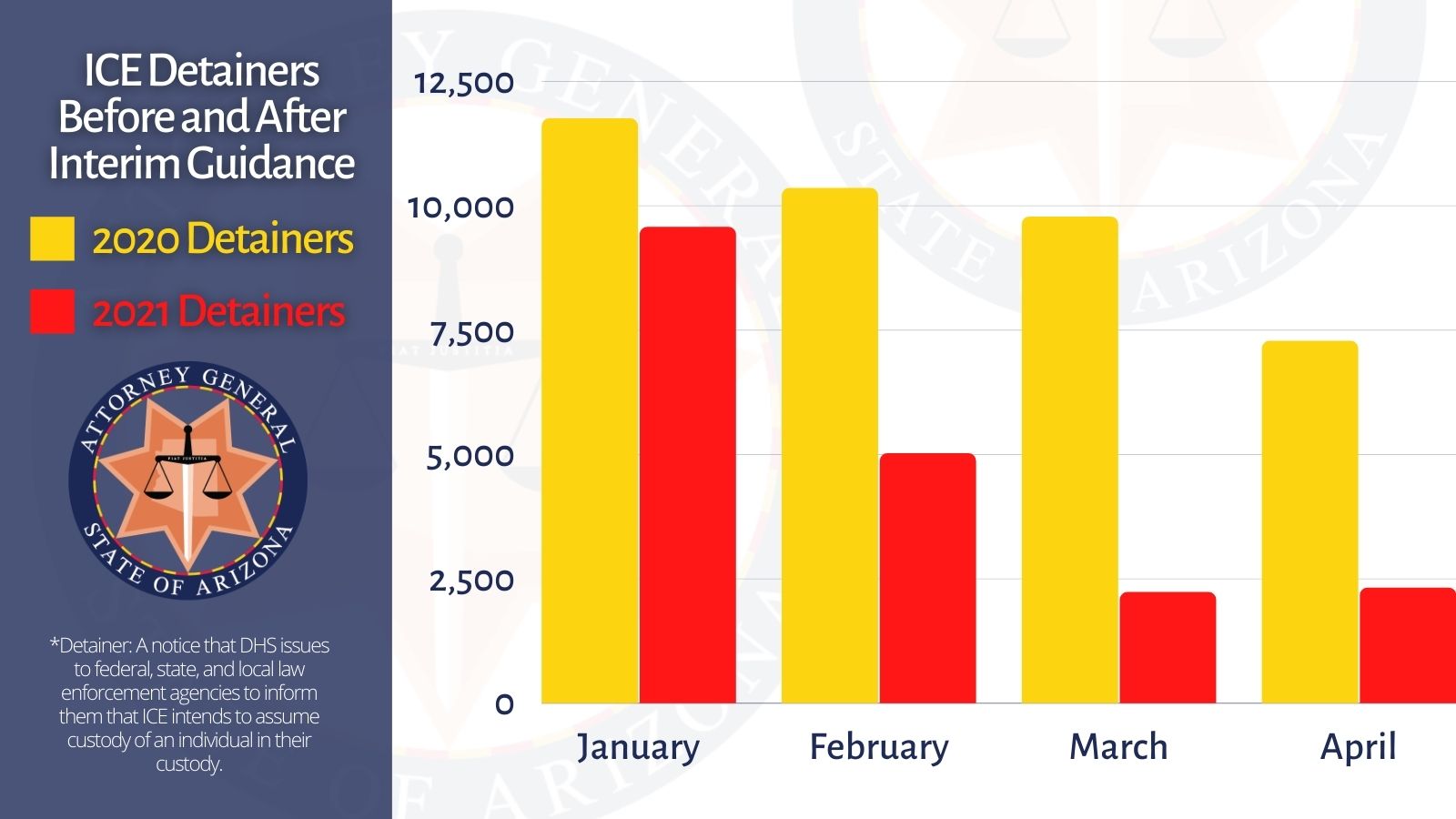 (*Above graphic was updated from original version*)

Question: Okay. Is the mission of lodging immigration detainers important to public safety in the communities where those aliens are located?
Carter: I would say yes, sir, absolutely.
Question: Will reducing the lodging of immigration detainers likely harm public safety for communities in which the aliens are ultimately released?
Mr. Gardner: Objection, calls for speculation.
Carter: I would say absolutely.

Throughout the deposition, Carter said he had no reason to doubt official data that showed a drop in ICE deportations, arrests, and detainers since the Interim Guidance. Carter also testified that from his perspective as Acting Phoenix Field Office Director, these changes were not necessitated by resource constraints.

The District Court has set this matter for a hearing on May 27, 2021.
Copy of AGO's supplement to their supplemental brief.
Copy of the exhibits.