30-year-old Robert Brian Kemple was charged in June with 33 criminal offenses for allegedly stealing over $100,000 of medical supplies at a CVS Pharmacy between March 2017 and September 2017. Investigators allege Kemple used his position to order diabetic test strips for the store and then would sell them online.

The June 2018 indictment was a collaborative effort between Goodyear Police and the Attorney General’s Office Health Care Fraud and Abuse Section.

Kemple pleaded guilty to one count of Fraudulent Schemes and Artifices, a Class 2 Felony; one count of Trafficking in Stolen Property in the First Degree, a Class 2 Felony; and Computer Tampering, a Class 3 Felony. Under the conditions of the plea agreement, Kemple faces up to 7.5 years in the Arizona Department of Corrections. Kemple is also required to pay restitution to the victim, CVS Pharmacy, in the amount of $100,540.44.

A sentencing hearing is scheduled for January 15, 2019.

The case is being prosecuted by Assistant Attorney General Matthew Williams.

Copy of the indictment.

Below is the booking photograph for Kemple. 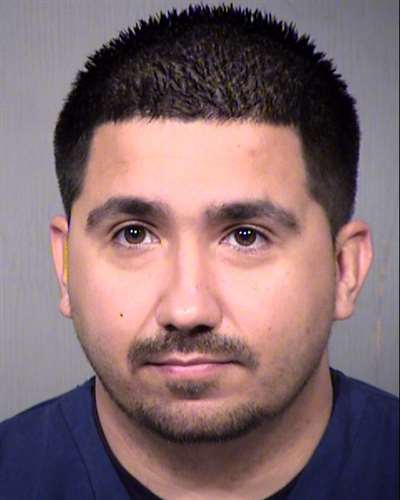