PHOENIX – Attorney General Mark Brnovich announced 53-year-old Peter Joseph Caddeo, of Phoenix, was sentenced to 14 years in the Arizona Department of Corrections for Sexual Exploitation of a Minor.  Caddeo, appearing before Judge Warren Granville in Maricopa County Superior Court, was also sentenced to a consecutive term of lifetime probation, and will be required to register as a sex offender.

In 2016, Caddeo was identified when he was using internet chat groups with chat group names such as “toddler” to acquire child pornography.  Investigators with Homeland Security Investigations (HSI) located Caddeo in Phoenix, Arizona and served a search warrant at his residence.  HSI identified digital devices that belonged to Caddeo that contained hundreds of images and videos of child pornography.  Investigators learned from Caddeo that he would obtain child pornography by trading images on internet chat groups or he would pay money to gain access to download the sexually exploitative material.

Below is the booking photograph for Caddeo. 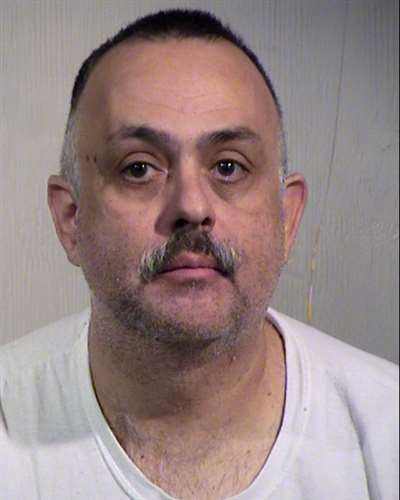