PHOENIX - Attorney General Mark Brnovich announced 67-year-old James Michael Russo of Phoenix, Arizona, has been sentenced to serve two and half years with the Arizona Department of Corrections for his conviction on felony counts of Attempted Fraudulent Schemes & Artifices and Forgery.

The charges relate to activities Russo engaged in while working as the CEO of the non-profit corporation Visions of Hope, Inc. from 2010 to 2012. Visions of Hope, Inc. was a non-profit community-based service organization that provided mental and behavioral health services to underserved populations in Maricopa County. Board members of Visions of Hope had initiated a review of their corporation’s finances after a state background check uncovered a felony conviction that Russo had not disclosed. Russo was then asked to resign, and a subsequent financial review ordered by the Board found that Russo had defrauded the non-profit Medicaid-funded organization.

Russo was also ordered to pay $9,972.00 in restitution to the Arizona Health Care Cost Containment System. Russo will serve four years or probation upon his release.

Below is the booking photograph for Russo. 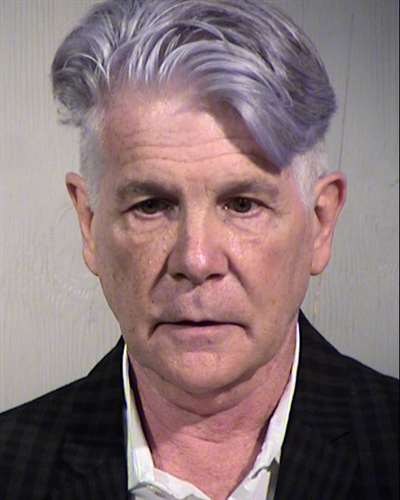 Russo had previously been convicted of: