This investigation was performed by the Arizona Curbstoning Enforcement Task Force (ACE-TF)  made up of Arizona Department of Transportation Office of Inspector General, and the Arizona Department of Revenue’s Criminal Investigations Unit in cooperation with the Arizona Attorney General’s Office. Following a tip, ACE-TF Detectives discovered multiple used cars for sale which appeared to be private sales. Each car displayed a for sale sign with a phone number.  Through a Craigslist database search, detectives discovered the phone number was associated with approximately 432 other used car ads within the past year.  During an undercover operation, detectives discovered the cars were not individual sales but marketing by a used car dealer, Desert Palms Wholesale.

Grewell, the owner-operator of Desert Palms Wholesale, is accused of selling the used cars to customers without remitting the tax due on those transactions.  For tax years 2014 through 2018, Grewell allegedly filed false tax returns understating his gross receipts and claiming he had no taxable sales. According to investigators, between 2014 and 2018, Grewell had approximately $4,500,000 in gross sales and would have owed approximately $282,000 in taxes to the State of Arizona and Maricopa County.  Grewell was arrested at his home on March 27th.

Below is the booking photograph for Grewell. 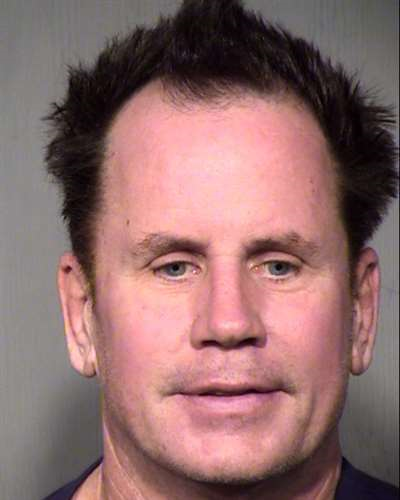